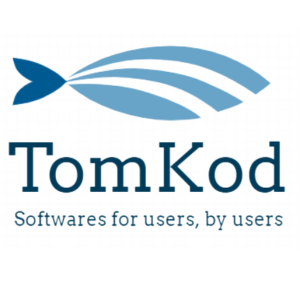 No activation needed until the commercial version's publication

The free evaluation can be used once per computer, and requires a network access to the following adress: 51.254.220.203

The toolbars for Rhino are always included in your plugins installation directory, or can be downloaded here.
To install them, you just have to drag/drop the file “Tomkod.rui” to a rhino window.

v3.0.2.0 (06-29-2020)
Fixed: [license system] In case of sql connexion failure, don’t show repeated messages
Fixed: [license system] In case of sql connexion failure, display the domain that should be whitelisted through the firewall
Fixed: [license system] Waiting form icon
Added: Scripted mode for “TableImport” command
Changed: When importing a file as table, the file path will be saved as usertext for later reuse
Fixed: The new text height was not taken in account when editing a table
Added: “TableReload” command to reload a tab that was imported from an excel or csv file
Improved: [Editor] Remove buttons should remove the selected rows/columns
Improved: [Editor] Add buttons should add a row/column right before the selected cellv3.0.0.5 (04-27-2020)
Changed: Minimum Rhino version requirement set to v6.15 or v5.12
Fixed: Bug where some required forms were sometimes in background